Alexandra Kovu is currently researching the creative and kinetic potential of physicality in collaboration with Winston. She teaches improvisation work with Elise Ludinard. Her physical language is inspired by breakdance and low acrobatics. Alexandra has worked as a dancer and performer with Anne Teresa and Jolente de Keersmaeker, as well as with Benjamin Vandewalle, Boris Charmatz and Wes Howard. She has also worked in hip-hop culture as a B-girl (break-dancer) for the company Punto Blanco and has created and performed her own work, “On Hanging” (P.A.R.T.S).

Winston graduated in 2012 from Circomedia, a circus school in Great Britain, with a degree in acrobatics and physical theater. He then went on to earn his bachelor’s degree at ACAPA (Academy of Circus and Performance Art) in the Netherlands. As part of his research, he specializes in acrobatic dance, a hybrid between gymnastics, capoeira, breakdancing, improvisation and animal locomotion. His personal practice is inspired by an ongoing research with Alexander Vantournhout, Martin Kilvady, Joseph Bartz and Alexis Simons, and a long-term collaboration with Axel Guérin on acrobatics in dance and performance.

As a performer, Winston performed with Alexander Vantournhout / Not standing in the 2019-2020 show Red Haired Men. He is also part of Ferus Animi // Terra Nova, a movement research collective based in Europe, focusing on neuroscience, evolutionary physiology, biomechanics, and philosophy, among other things.

In 2017, he founded Yeknom, which develops and shares ongoing movement research, exploration, and content creation, with a particular interest in the process of physical and cognitive development within movement and learning. 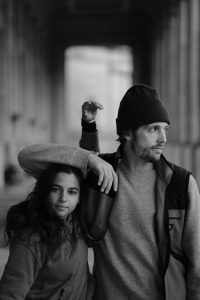