Studying at the Royal Academy of Fine Arts in Brussels and then at Codarts, a higher arts school in Rotterdam, Jason graduated from P.A.R.T.S. in 2014, the dance school founded in Brussels by Anne Teresa De Keersmaeker.

He then began a career as a dancer/performer with multiple choreographers such as Salva Sanchis in Islands and A Love Supreme, Ted Stoffer, Claire Croizé in Evol and Anne Teresa De Keersmaeker (Rosas) in The Six Brandenburger Concertos.

As a teacher, he has developed unique tools for writing body and choreography, and as a choreographer, he created the pieces Walking Duet (Antwerp Fringe festival), The Body Will Thrive (Stuk, Leuven), Invitation #1 étape de travail (Les Brigittines). He also directed the short film O. 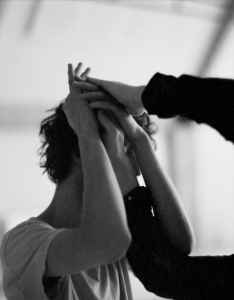