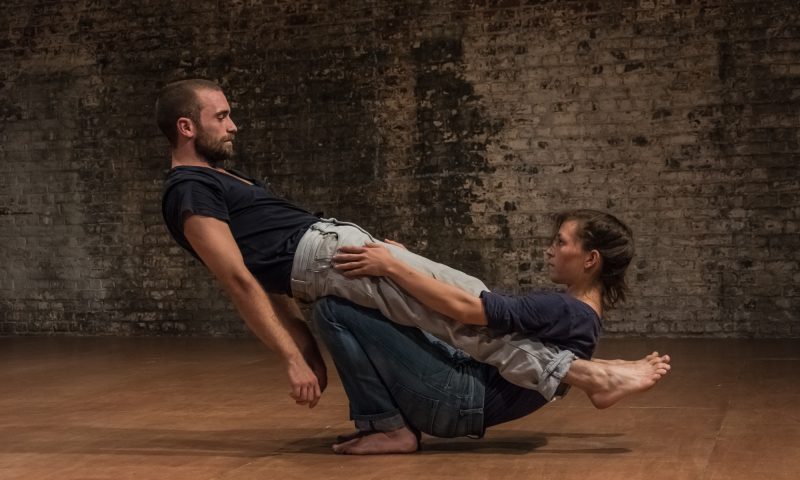 28 December, 2018 garage29 GINCUBATOR
FR/EN
Tumbleweed is a young dance company based in Brussels, founded in 2017 by Angela Rabaglio, Swiss choreographer and dancer, and Michael Florentz, French choreographer, dancer and musician. Initiated in 2014, their collaboration is above all the result of a meeting, that of two very different artistic paths.
Angela Rabaglio, of Swiss origin and based in Brussels, studied dance at the Amsterdam Hoogeschhool voor de Kunsten (from Theaterschool; MTD). She leaves in 2013 and directly composes her first solo piece, “Wind-up birds and polaroids” for which she receives the encouragement prize at the Barnes Crossing Solo Duo Festival in Cologne as well as the audience prize at the SzoloDuo Festival in Budapest. Since 2014, she has been dancing with the Alias company in Geneva (Guilherme Botelho) and more recently also with the Autre MiNa company in Montpellier (Mita Fedotenko). She has also worked and collaborated with Itamar Serussi, Chris de Feyter, Ingrid Berger Myhre, Tanzplan Ost (LaborGras and PearsonWidrig dancetheater) and participated in numerous improvisation performances with the Bloom collective (experimental jazz music) and the Swiss musician Simon Berz (‘Monstergroove’). She was also the initiator of an improvisation platform called Imperf Act in Brussels and occasionally teaches children and professionals.
Michaël Florentz is a freelance artist of French origin born in Besançon in 1988 and based in Brussels (BE) since 2011. Over the past ten years, he has devoted himself mainly to musical composition under two pseudonyms: Bielka and Blaukraut. He has collaborated with the artist Judith Juillerat (FR).
In 2014, he was spontaneously brought to dance by the Swiss choreographer and dancer Angela Rabaglio. From then on, he immersed himself in intense physical research and developed his technique independently but also through workshops (Rakesh Sukesh, Meytal Blanaru, Edivaldo Ernesto, Lucas Pablo Condro, Angela Rabaglio) and an intensive martial arts course (Kalaripayat, Kerala, India).
Through a constant dialogue, inspired by their travels, by science, nature and philosophy, by a permanent physical, technical and artistic curiosity, they have composed their own understanding of movement, the body and its language. Together, they began a new research on perpetual motion and the principles of evolution.  The main objective being to create a repetitive choreographic motif that evokes a long-distance movement, in which their two bodies alternate and combine, the circle stands out as the fundamental form of what becomes the company’s first creation, “The Gyre”. 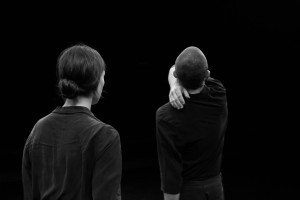 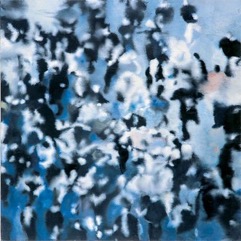